LIKE-MINDED farming philosophies and service from the ground up, have drawn Angus and Bobbie McLean to Kate and Chris Dorahy’s Cloven Hills genetics for their relatively new prime lamb enterprise. The traditional fine Merino wool and Angus cattle farmers grabbed the opportunity to diversify their business interests and introduce their young family to a new experience, a little over four years ago.

“We got the opportunity about three years ago to purchase some land; it was a very run-down lot and we purchased it with its existing stock, which were Dohne blood,” Angus said.

“To us, the prime lamb market seems to be reasonably solid at the moment; we’ve done a little bit of growing out lambs here on the home block with older sheep and we were quite interested to try something on a bit bigger scale.”

With some – albeit limited – knowledge of developing a prime lamb enterprise and a ‘challenging’ 1260 acres to turn around, the hunt was on to find a line of genetics to introduce to their existing flock.

“We’d planned on it being a self-replacing enterprise and with being a run-down property, it was going to be too inefficient to be successfully running an 80 or 90 kilo sheep,” Angus said.

“Just researching what was around and what was available, I liked Kate and Chris’ philosophy that you can produce high fertility sheep, without having to run big sheep.

“If we can do the same job with a 60 to 70 kilo ewe, we would be much better off and much more efficient.”

Meetings were held to determine the ‘right fit’ for Cloven Hills in Angus and Bobbie’s future plans and Kate and Chris’ philosophy of purchasing a ram not only for its genetic traits, but within a budget that will justify the outcome, cemented the deal. 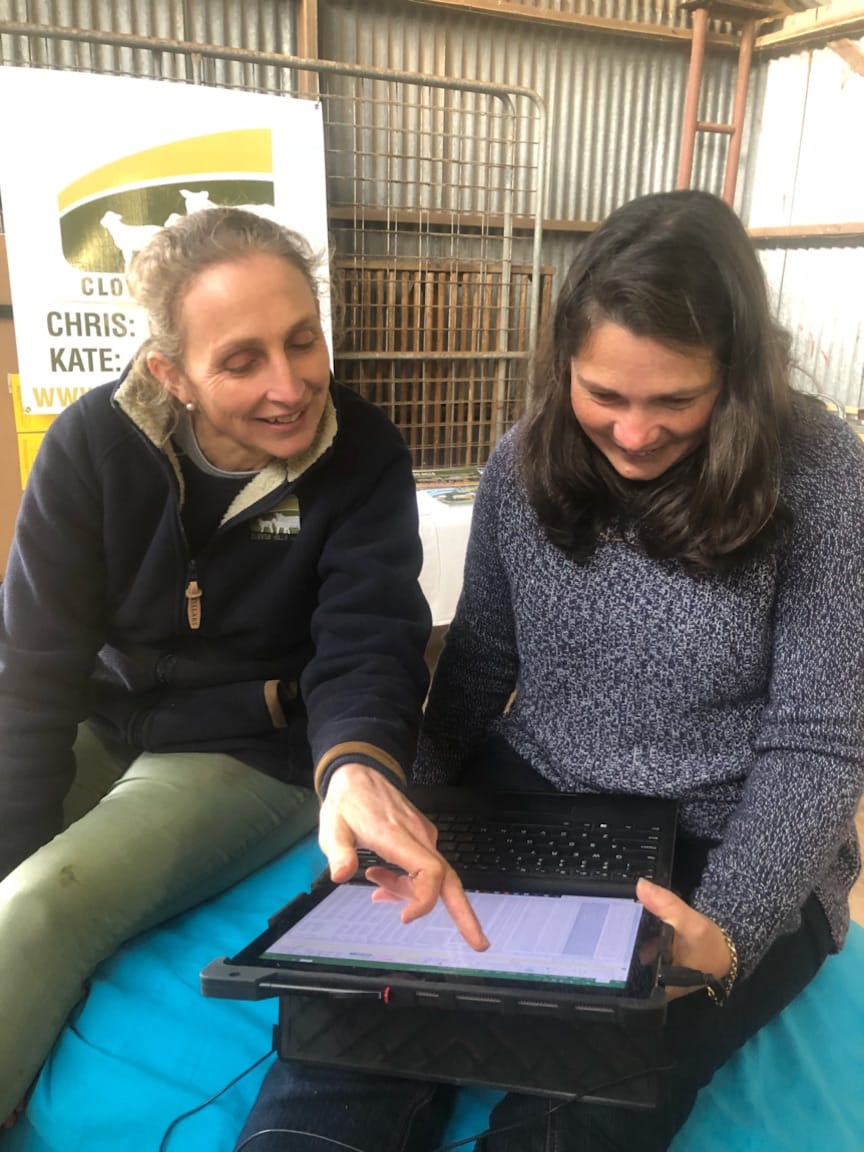 In 2015, McLeans joined 600 ewes to Cloven Hills rams and a further 1100 to White Suffolk rams and while not a clear success their first season produced some pleasing results.

“Within that first season, we could see that the Cloven Hills Composite blood line was producing a better result,” Bobbie said.

“(The Cloven Hills) offspring were more complete, a better size and shape with a lot of depth and breadth to them achieving better survival rates. “The ewes joined better with the composite rams, lamb survival rates increased and we felt the end product was a better product.” But it wasn’t all butterflies and sunshine.  “Our scanning rates were ordinary, I’ll be honest,” Angus said.

“And it had nothing to do with the rams. We had a lot of issues in the first 12 to 18 months with trying to just get the sheep into condition, after finding lice within two months of having the property, and such a late lambing.  “Unfortunately that had a big effect on what we did and there was a lot of learning on the property with water and feed issues through dry times.”

Two years later, their resolve to make their new enterprise work and the confidence they gained from seeing the Cloven Hills first cross, is starting to pay dividends. “We made the decision, seeing those first results, to put the Cloven Hills blood line over everything we could this year, with the view to be exclusively Cloven Hills going forward,” Angus said.

A lift in scanning and marking percentages of 17 and 30 per cent, respectively, between their first two seasons as prime lamb producers had Angus and Bobbie McLean confident in their decision to choose Cloven Hills to partner in their new enterprise and they have continued to build on their Cloven Hills ram stock over the past two seasons.

As well as the numbers, the view over the paddocks is becoming more satisfying with a healthy ewe and consistent lamb gracing what was once a fairly poor property.

“We have noticed, with the Cloven Hills bloodlines and the ewe lambs that we lambed down from them this year, the ability to do is exceptionally better than anything else on the property,” Angus said.  “They are a more finished lamb, a thicker, heavier doing-style sheep and with a lot less attitude.  We didn’t have a lot of issues lambing them; their lambs are also quite consistent, there’s not really much of a tail, which is very impressive.

“They are quickly building an ordinary flock to a quality holding – we will definitely be keeping a selection of ewe lambs out of the Composites again this year.”

Working with the Cloven Hills genetics and Kate and Chris’ assistance, the McLeans’ aim is to increase their flock by a further 32 per cent, with a base of Cloven Hills Composite genetics.

“We are currently just going into a store line; because of the limitations of the property, we don’t have finishing systems in place yet, but that is the next phase of the development of the property … looking at around 2500 head,” Angus said.

The ‘after-market’ package has also been a selling factor, with the McLeans’ decision to continue their journey with Cloven Hills genetics.  “I’ve been on a tour with Kate down to the abattoirs, seen how they manage the product, what they are aiming to do and spoken to them as a buyer, so we can better align our product to what the buyer needs,” Bobbie said.

“We’ve been on a farm tour around Cloven Hills, which helped us with some planning decisions on our farm, where to put laneways and fencing.  “They’ve also helped with the industry side of things; Kate and Chris have been using EID equipment for some time now, while new for us, we’ve been quite confident to ask them what they use, how they use it, how to input the data and use the data within our systems. They have also introduced us to field days run by the Southern Prime Lamb Group – which has also been very helpful for extending our knowledge base.

“Using Kate and Chris’ genetics will only get us there quicker and easier, while still fitting with our farming philosophies and we know that they are just a phone call away for anything, if we ever need it.”